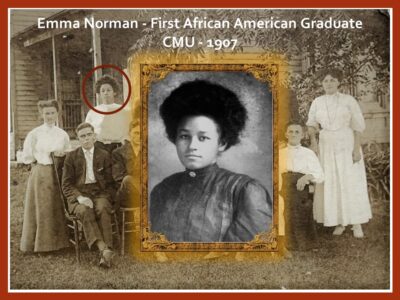 Michigan Humanities is committed to supporting humanities work in the many ways it takes place throughout our state. Crucial to that support is celebrating the outstanding work that Michigan-based humanities organizations do through our annual Michigan Humanities Awards. This year, the Old Settler Reunion Website was the recipient of the Outstanding Humanities Organization category, and we wanted to celebrate with them by talking to Marsha Stewart from the Old Settler Reunion Website about their work and what this award means to them.

The Old Settler Reunion Website is an initiative for a more inclusive Michigan and United States history in which African American participation in this history is understood, accepted, and valued. More specifically, this project features the history of the Old Settlers who arrived in Michigan in 1860 before the Thirteenth Amendment was enacted in 1865 to abolish slavery in the U.S. On their website, the project narrates the journey of African American families arriving in Michigan and their experiences settling into the Midwest.

Marsha, can you tell us what is the Old Settler Reunion Website? And how did this initiative come about? 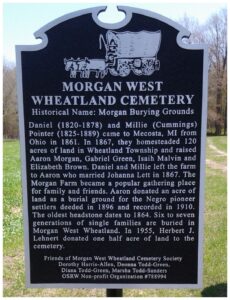 Little is known about the African American pioneer settlers who arrived in Michigan starting in 1860. The Old Settlers published a history book in 1988. Old Settler Reunion Website (OSRW) evolved from this printed book format to a website. The website tells the history of the Old Settlers who traveled in covered wagons before the U.S. Civil War and before slavery ended. The pioneers settled in the tri-county area of Mecosta, Isabella, and Montcalm Counties in Central Michigan. Some settlers emigrated from Ontario, Canada, through the Underground Railroad, and others came as “free” people.

Settlers came to Michigan because of the Homestead Act (1862), allowing each settler 160 acres of land. By 1873, African Americans owned 1,392 acres in the three counties of Isabella, Mecosta, and Montcalm. In the 1860s, most of the land in Remus and Millbrook was owned by the Old Settlers. The Morgan/West Wheatland Cemetery (“Colored Burial Ground”) was founded in 1864 and is listed on the National Register of Historic Places in Mecosta, Michigan, where 13 Civil War Veterans are buried. We have Old Settlers who owned logging camps at the turn of the century from 1899–1900 in the Bundy Hills of Isabella County and also in Ludington, Michigan (Mason County).

Our work has been featured on Channels 9 & 10 WWTV Traverse City, Michigan, and The Morning Sun, Detroit Free Press, Grand Rapids Press, Lakeview Daily News, and the Big Rapids Pioneer for Black History Month, and after the Old Settlers Reunions, but people in the area still dispute our history as pioneers and have denied contributions for past events even though it is documented. That is why we decided to tell our own history.

In what ways has this project provided a different narrative on Michigan’s history? 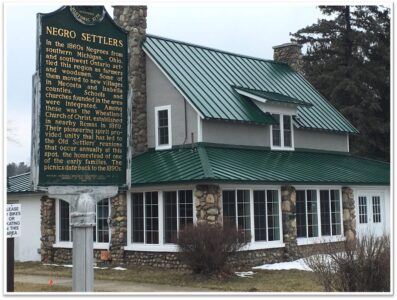 Historical preservation encompasses most of the activities from which we embark. We are, and have been, involved in public forums like hosting cemetery tours, museum presentations, buying computers and school supplies for school age and college-bound seniors, and the organization of Old Settler Reunions.

Little is known about the Negro pioneer settlers who were one of the first groups to settle in the State of Michigan starting in 1860. OSRW is trying to establish an additional chapter of U.S. and Michigan History—where African Americans are included. We continue to learn from our ancestors and past developments. Old Settler one-room schoolhouses are thought to be the first integrated schools in Michigan. Emma Norman-Todd was the first African American graduate from Central Michigan University, Mt. Pleasant, Michigan, in 1907. Todd’s graduation from a state university is unique because most people of the day attended a one-room schoolhouse from Kindergarten through Eighth Grades. Emma graduated from a public university with a teaching certificate close to the turn of the century, denoting that CMU was integrated prior to 1907. 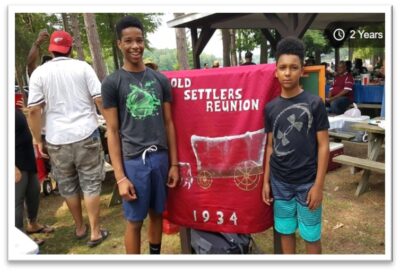 What does it mean to your organization to have won the Outstanding Humanities Organization award in 2022? 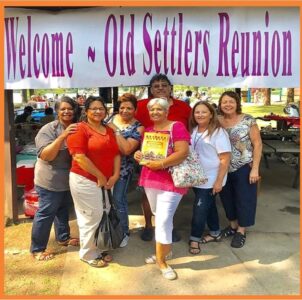 Winning the Michigan Humanities Outstanding Humanities Organization award goes right along with our Mission Statement. Winning the award gives us “Bragging Rights.” OSRW has a vested interest in the historical preservation of African American Settlers who have been in the Isabella, Mecosta, and Montcalm Counties starting in 1860. In the past four years, we have been able to obtain grants and raise enough money to buy computers for college-bound high school seniors and school supplies for those in K-12 schools. The computers were given at the Old Settlers Reunion at School Section Veterans’ Park on the third Saturday in August. This year, 2022, will be the 87th Reunion. In 2019, we funded a cemetery walk to unveil 5 Civil War headstones (USCT 102 Colored Troops) we acquired through the Veterans Administration. In 2020, OSRW in conjunction with School Section Lake Veterans’ Park (SSLVP), was the fiduciary for the group headed by Diana Green and Gary Lough, Mecosta County Magistrate, to erect the Vietnam Veterans Memorial Park Project.

OSRW uses private funding to maintain the preservation of historical and genealogical events. OSRW has fundraisers to buy headstones for people buried in Morgan West Wheatland Cemetery buried in the cemetery who have no headstones. Money from grants was used to purchase a monument holding 45 names for the older unmarked graves. Again in 2021, a private donation by an Old Settler was made to erect another monument with 15 names listing Old Settlers buried at Morgan West Wheatland Cemetery in. We fund our projects through donations and through selling books on our websites: www.oldsettlersreunion.com and www.osrw.org.

It is an honor for Michigan Humanities to recognize the work that you all do at the Old Settler Reunion Website! We wanted to know how do you plan to celebrate this recognition? 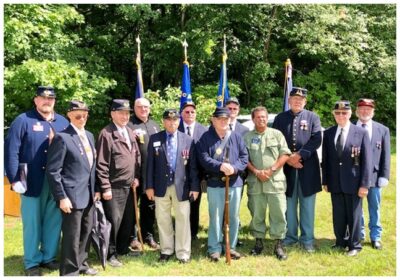 The Old Settlers Reunion Website (OSRW) benefits the community and general welfare of Old Settler young people who live in Isabella and Mecosta Counties. The community based mainly in Remus meets the needs based on specific categories under Art and Culture, Education, Community Development, and Historic Preservation. OSRW’s primary goal is to continue the preservation and restoration of Black History in Isabella and Mecosta Counties.

We provide school supplies that benefits deserving students in Mecosta and Isabella Counties. School supplies have become a basic student need to learn. In Isabella and Mecosta Counties, one-third of public-school students are “economically disadvantaged,” according to census data. In Mecosta County, 41% of all families receive some type of food assistance. In Mt. Pleasant, the poverty rate is 41%. School supplies are a luxury many families cannot afford, leaving children to rely on teachers’ and classmates’ donations.

The OSRW will engage in the following activities to celebrate our recent Award:

The Celebration will take place at the Vietnam Memorial Wall Project that was co-funded by OSRW. The Mecosta VFW and Traverse City/Manistee VFW will be a major portion of the program. Includes: programs printed, donations to speakers, newspaper reporters, purchase of plaque for the family. snacks and beverages purchased.

Michigan Humanities invites you to support this project by visiting their website and you can also contribute by purchasing their books and other materials here.