The Detroit Public Library is holding a special session with National Endowment for the Humanities Senior Deputy Chairman Jon Parrish Peede on Thursday, April 12th at 4:30 pm at the Main Branch.  Chairman Peede will be meeting library patrons and guests, and talking about the value and importance of humanities. He will also discuss funding opportunities for cultural projects.

A second opportunity to meet Chairman Peede will take place at the Charles H. Wright Museum on Friday, April 13 from 3:00 pm – 4:30 pm. His conversation will be called REAL TALK: Protecting the Humanities. 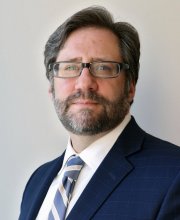 e NEA Operation Homecoming: Writing the Wartime Experience program, director of the NEA Big Read program, director of communications at Millsaps College, founding editor of Millsaps Magazine, and editor at Mercer University Press with a focus on the humanities. He has written speeches for a U.S. president, a first lady, and a librarian of Congress.

From 2007 to 2011, Peede oversaw the NEA’s funding of literary organizations and fellowships to creative writers and translators. For seven years, he led writing workshops for U.S. troops in Afghanistan, Bahrain, England, Italy, Kyrgyzstan, the Persian Gulf, and on domestic bases.

Under his leadership, VQR increased its annual online reach by 400,000 readers and expanded its paid readership to 51 countries. He acquired work from seven Pulitzer Prize winners and edited interviews with two Nobel laureates.

He has served on the national council of the Margaret Walker Center for the Study of the African-American Experience, Jackson State University; the advisory committee of Virginia Festival of the Book, Virginia Foundation for the Humanities; and the poet laureate selection committee, state of Mississippi, office of the governor. 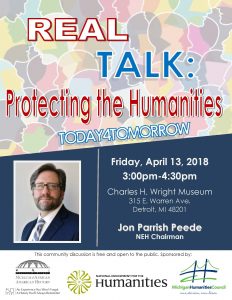