Hubert Roberts served 17.5 years of a 16.5- to 25-year prison sentence for conspiracy kidnapping and assault of a man, who stole $1,700 in quarters and small bills from Roberts’ home. Roberts had collected the coins as an employee of Buford vending company.

In 1999, he was granted parole and worked in the Detroit area until he was allowed to move back to Flint. Shortly after his release, Roberts underwent several unsuccessful surgeries to remove a pituitary tumor that he manages with the help of, he says, great doctors and medication.

Roberts has since worked through the challenges that former inmates face as they re-settle into communities, and in the process, he’s emerged as a community leader and mentor in Flint. 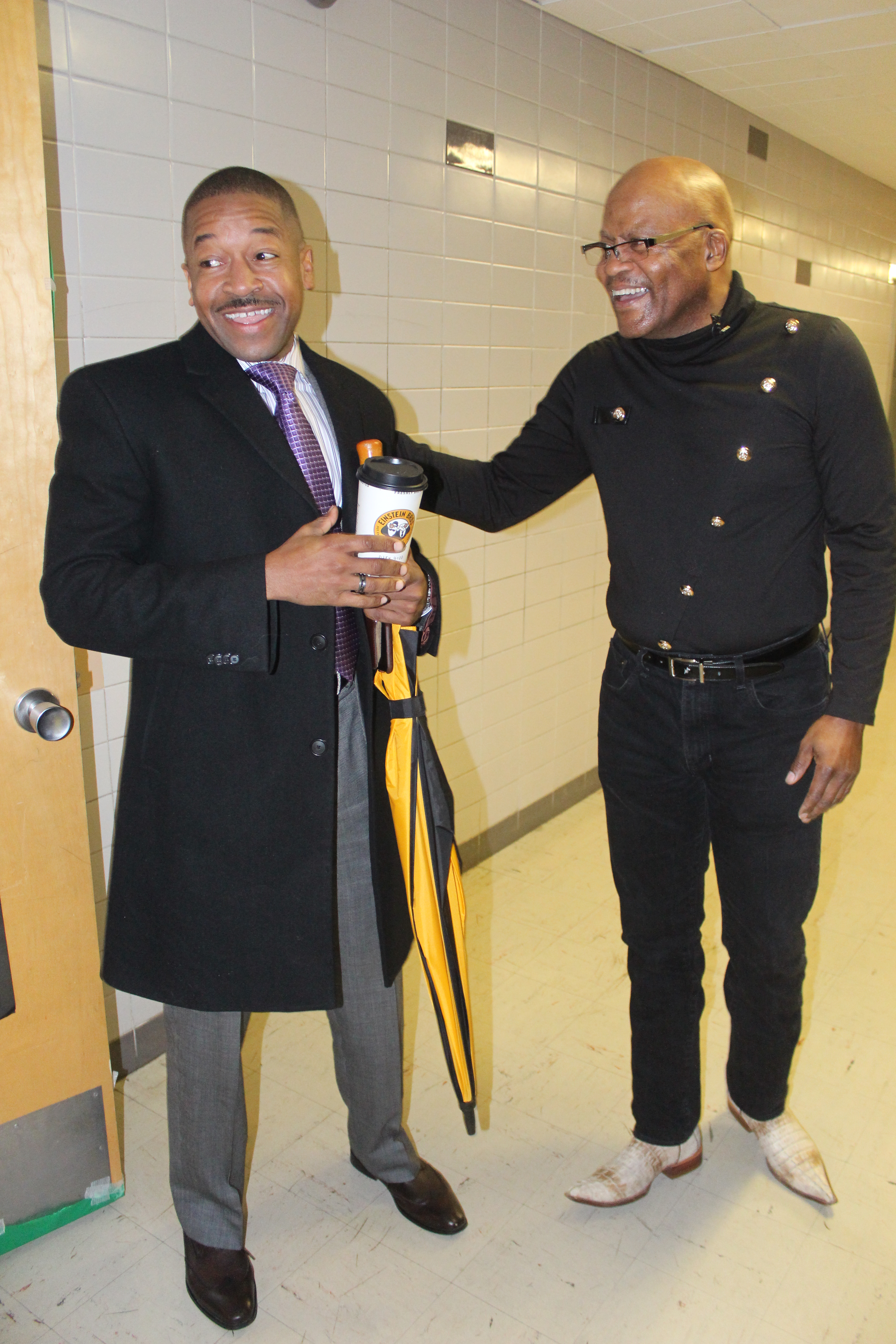 A production still from the filming of the documentary.