Grandma’s Voice combines the core mission of the Grand Rapids African American Museum and Archives with a fun play on its acronym, GRAAMA. This project, seeks to capture stories from an aging generation of African American Grand Rapidians, who can offer insight into the experiences of a now bygone era.

“Part of what we want to do as a museum is to tell the story of local people here. [Grandma’s Voice] is a series of conversations with the elderly in our community… about things that happened mainly in the ’40s, ’50s and ’60s,” said George Bayard, executive director of the Grand Rapids African American Museum and Archives.

Although the project will expand and connect with visitors of different ages, the intent has been to speak with the elders in the community while they are still able to give voice to their experiences. “The people we are contacting are in their 80s, 90s, and a couple people are [around] 100 years old,” said Bayard. “We want to get this information on tape before the stories are lost forever.”

While the ambitious interview gathering process has just begun, a multi-generational perspective has already emerged. One of the first interviewees was flanked by other women in her family, encompassing three generations. “It gave us a wider spectrum of how things were,” said Bayard. “And you could see the difference of how some things changed and some things stayed the same,” he added, referring to the cultural climate in this area. “What happens in our community a lot of times is that history is written by someone else.” 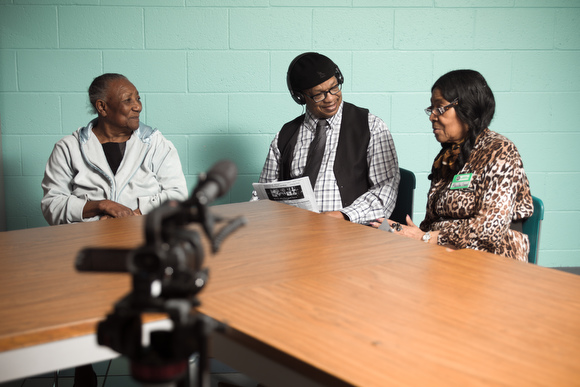 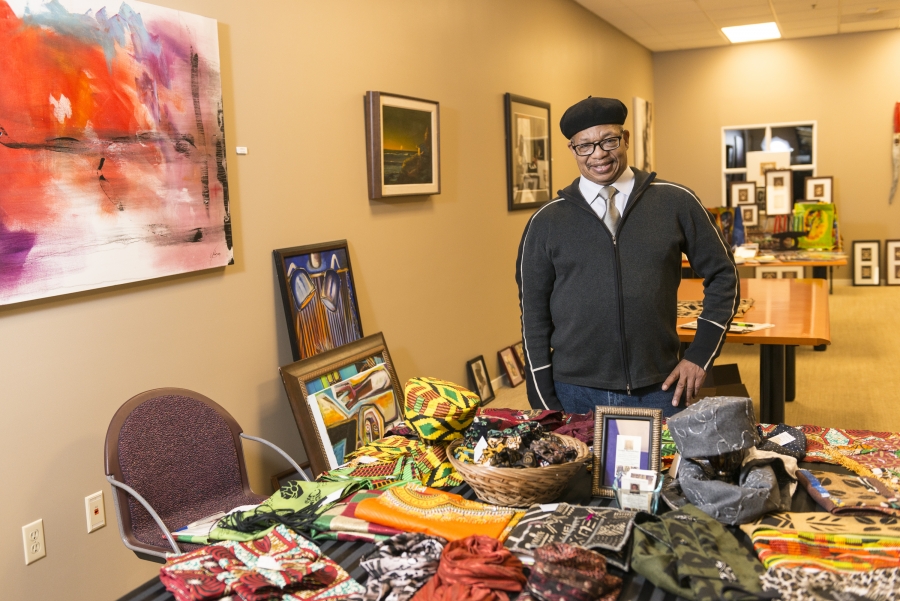 Director of the Grand Rapids African American Museum and Archives stands with some of the objects they have collected from community members.