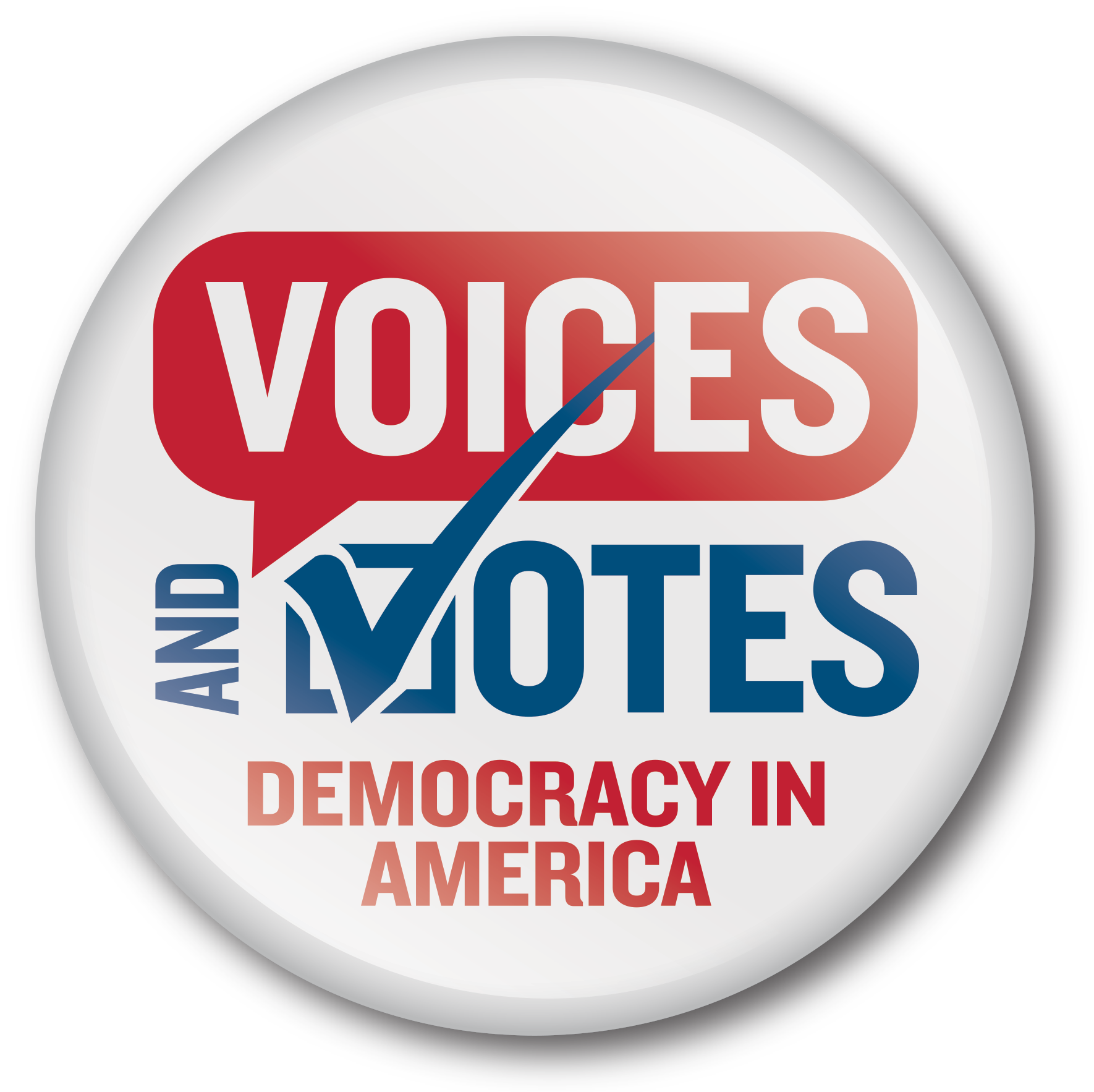 When American revolutionaries waged a war for independence they took a leap of faith that sent ripple effects across generations. They embraced a radical idea of establishing a government that entrusted the power of the nation not in a monarchy, but in its citizens. That great leap sparked questions that continue to impact Americans: who has the right to vote, what are the freedoms and responsibilities of citizens, and whose voices will be heard? Voices and Votes: Democracy in America will be a springboard for discussions about those very questions and how they are reflected in local stories.

Voices and Votes is based on a major exhibition currently on display at the Smithsonian’s National Museum of American History. This Museum on Main Street adaptation will have many of the same dynamic features: historical and contemporary photos; educational and archival video; engaging multimedia interactives with short games and additional footage, photos, and information; and historical objects like campaign souvenirs, voter memorabilia, and protest material.

The exhibition will explore historic events and pose questions for today in the following content area:

The Great Leap: Examine the context and main controversies behind America’s democratic system. Learn the stories of our famous founders and those who remain mostly unknown. What were the principles and events that inspired the writers of the Declaration of Independence and the Constitution? Just how revolutionary was our new democracy led by the people? And who were “the people?”

A Vote, A Voice: We have a diverse body of voters today, but not every American has always had the right to vote. The fight for fair representation, suffrage, and a voice at the polls has meant struggle and changes to laws ever since our founding. Learn about these struggles, how voting was expanded, and continued challenges to voting.

The Machinery of Democracy: We participate in the political system through state and national parties, nomination conventions, and stumping for our candidate of choice. Learn about this machinery of democracy, how it calls us to be involved, but can also control how we get information about candidates and issues.

Beyond the Ballot: Americans fight against injustice. Men and women of every ethnicity, class, and state have shared in the revolutionary spirit of rising up and speaking out. The First Amendment to the Constitution guarantees this right to peaceably assemble and petition the government. See the different places and different motivations of diverse Americans to petition for their interests and concerns

About Museum on Main Street

Museum on Main Street brings high-quality Smithsonian traveling exhibitions to Main Street museums, historical societies, and other small-town cultural venues across the country. These exhibits boost civic pride, as residents young and old, from diverse backgrounds come together to share and celebrate their heritage. Host venues are selected through a competitive application and awarded to communities as a cohort that will work and train together over the next year, leading up to opening day at the first venue.

Please contact Director of Grants, James Nelson, with any questions at jnelson@mihumanities.org or (517) 372-7770.